Canan YÜMSEL
Dentist
President of board of directors

Dentist Canan Yümsel was born in Fethiye district of Muğla in 1967. She completed her primary and secondary education in Antalya.

In 1990, she graduated from İstanbul University (Çapa) Faculty of Dentistry, which is the best in the field of dentistry in Turkey.

From 1991 to 2013, she worked as a freelance dentist at her own clinic in Antalya. In 2013, she founded Private Hurma Oral and Dental Health Polyclinic, and she has been accepting patients at this Polyclinic ever since.

To improve her professional perfection, Canan Yümsel attended at least two seminars in a year both in Turkey and in Europe, since the first year she started her career.

In the last 10 years, Canan Yümsel has specialized herself in the field of dental implantology applications by attending dozens of seminars in this field, and she proved herself in this field by successfully treating hundreds of patients with dental implants. Yümsel took the education on the special method in implantology known as All-on-4, directly from Dr. Paulo Malo, who developed this technique in Lisbon-Portugal and is the owner of the biggest dental clinic in the world.

Today, many patients, especially from the Commonwealth of Independent States, Turkic countries, and European countries, choosing Dentist Canan Yümsel to have dental treatment and coming to Antalya for that.

Canan Yümsel, who is the chairwoman of the board of directors at Private Hurma Oral and Dental Health Polyclinic, is married and she is a mother of two children. 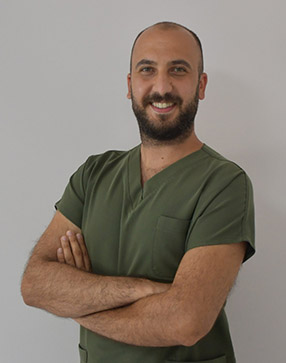 He was born in Gaziantep in 1993. After finishing primary and high school in Gaziantep, He continued his education at Akdeniz University Faculty of Dentistry in 2012. In July 2017, He completed his education as one of the first graduated students of Akdeniz University Faculty of Dentistry. He has worked in Papatya Oral and Dental Health Policlinic for 3 years. He is interested in aesthetic dentistry and surgery. For this reason, He received the certificates of protaper next, next one gold and revo-s in the field of endodontics in the process. Also for anterior and posterior aesthetic filling. He received practical training from Dr. Bora Korkut and Dr. Bilal Yaşa. In addition, He received these trainings in many areas such as open and closed sinus lifting trainings, immediate implant loading, implant prosthesis options and construction and He applies them in the clinic. 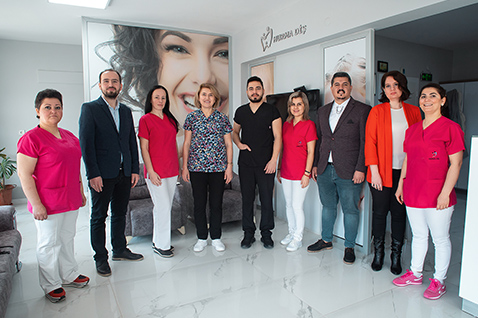 We are serving you with our young, nice, energetic, meticulous and careful working personnel who considers patient satisfaction primarily.

With the assistance of our russian and english speaking personnel we have no problems of misunderstanding with foreign patients.